We will be closed Monday September 26th through Tuesday the 27th for the Jewish Holiday Rosh Hashanah and will reopen Wednesday September 28th. All orders will be shipped then. Thanks for your patience!

Ships within one business day! Email a COPY of your dealers FFL and Order Number To: ffl@bereli.com. Click this link for full instructions.

C.G. Haenel has a long history as producer of semi- and fully automatic Rifle: In the 20th century Haenel was involved in the development and production of the world’s First assault Rifle, the StG44. The complete know-how of this rifle category went into the development of the civil CR- and the military MK models, which comply with the AR-15/M4 standards. The own production with a cold forging machine rounds off the expertise of the Suhl specialists. Here, sport and military Rifles are made which set new standards on an international level – made in Suhl, Germany.

C.G. Haenel stands for a well-rounded range of large-caliber hunting and sporting rifles, as well as precision rifles and machine guns for law enforcement and the military. The company can refer to a long tradition: The Royal Prussian Rifle Factory inspector Carl Gottlieb Haenel came to Suhl with his idea of industrial rifle production – rifles have been produced here under the Haenel brand since 1840. The Haenel arrow soon came to stand for new-style construction and production principles, precision and robustness. Modern Haenel rifles also convince through a pragmatic, functional approach, yet do not conceal their origin from the gun capital Suhl, its love of classical gun making and intelligent details and innovations. Haenel rifles are modern but not fashionable. Prosaic, but not soulless. Functional, of the highest quality and safe.

The Haenel CR223 in caliber .223 Rem. is a weapon in the AR-15-class and is fully compatible to the basics of this class. The indirect gas-operated Pistol is a Haenel in-house development. This semi-automatic Pistol convinces the police and law enforcement with many detailed improvements. 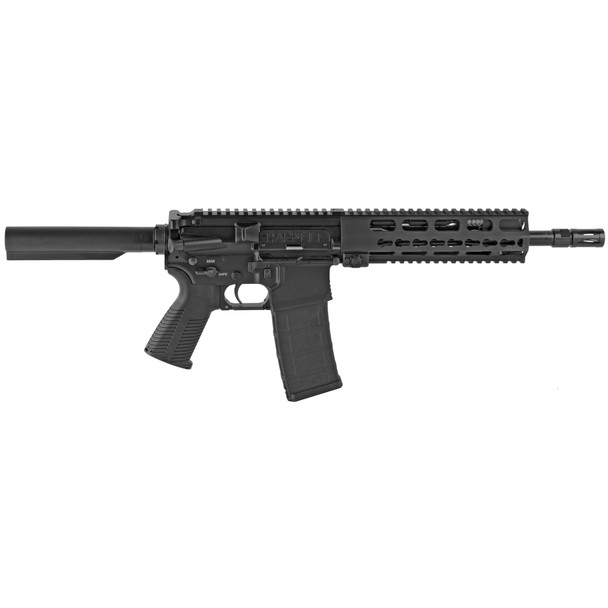